... Otherwise known as Moaning Monday.  Oh but I dislike CPD days.  Sitting in a hall on uncomfortable plastic school chairs listening to facts and figures, predicted grades, percentage increases, blah di blah di blah.  The only respite being a trip to the office to see what emails have arrived in the two weeks off. 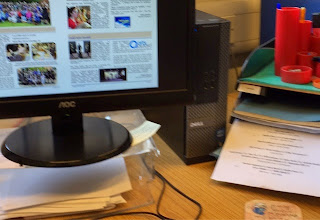 But I'm home now and it was a case of relaxing in the conservatory, reclining on the sofa and recharging before tackling dinner preparation. 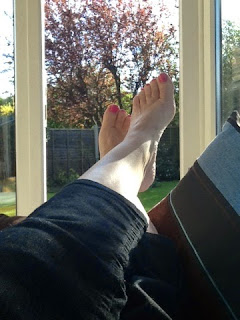 The weekend was full and varied.  My husband and daughter went off on a bike ride on Saturday {we only have two bikes which is, of course, the only reason I didn't go too ;-)} Husband goes freewheeling down a hill, turns a corner too fast, bike skids on the baked stony track, he swerves to avoid a post and you can guess the rest.  My daughter who was a way behind him, saw him go out of sight, heard him scream and rounded the corner to find him flat on his back, with a broken cycle helmet and blood appearing to come from his mouth.  I think it's fair to say that the helmet saved him from some serious damage, and the blood actually came from a hefty graze under his lip rather than internal bleeding but it really shook her up.  Unlike him who got up, dusted himself down, checked his bike for damage and climbed back on!  I think it's fair to say it shook her up far more than it did him.  I suspect that as a boy, he has more than his fair share of bike 'incidents'.
I completed the finishing details to the top I was making 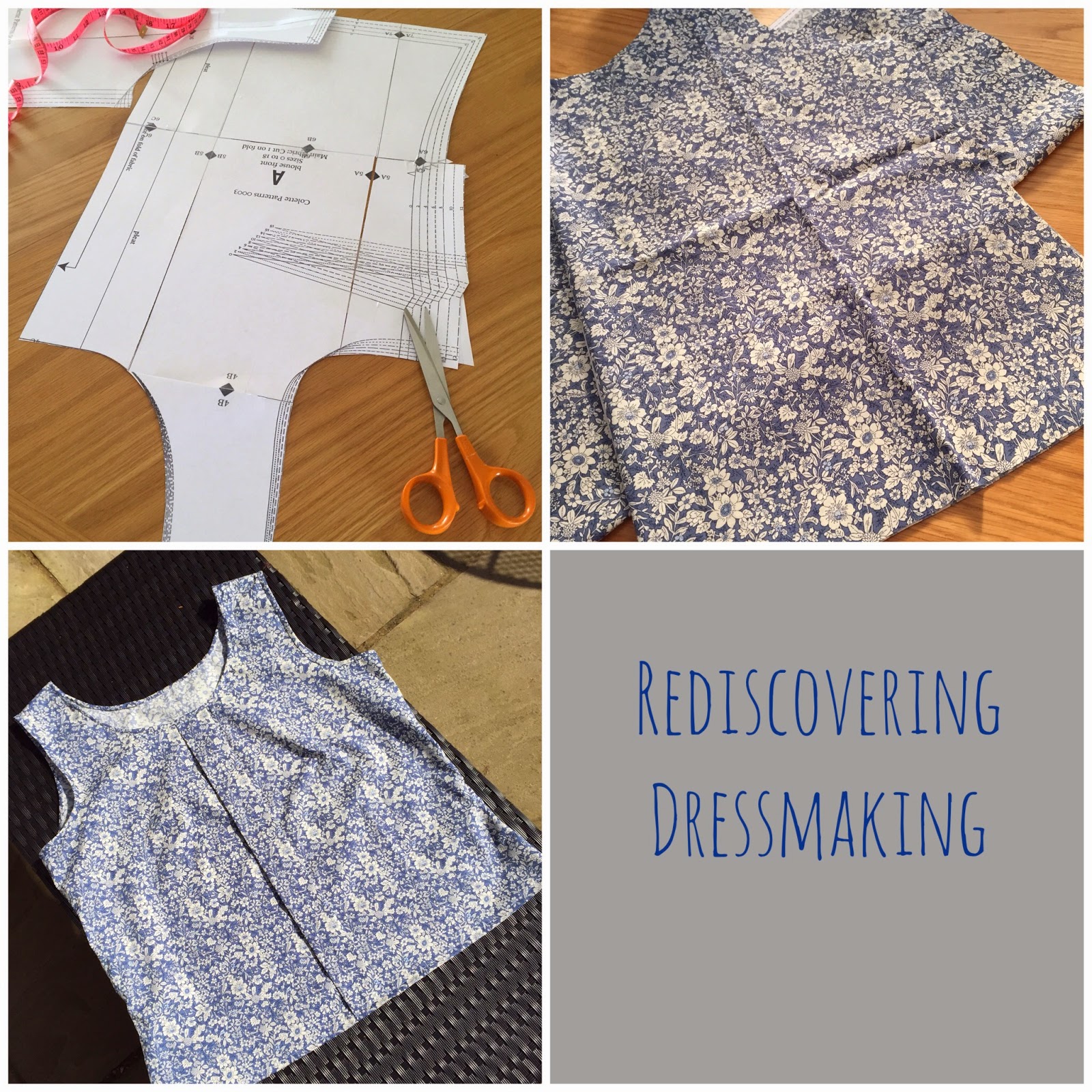 I am pleased with it, it's the first thing I've made to wear for years.  It was surprising how quickly I remembered the finer points of dressmaking, even making my own bias binding for the neck and armholes.  Then because I have the dressmaking bug, I made a little origami bag because ... well, just because really!  I've seen them on the internet and thought they looked cute. 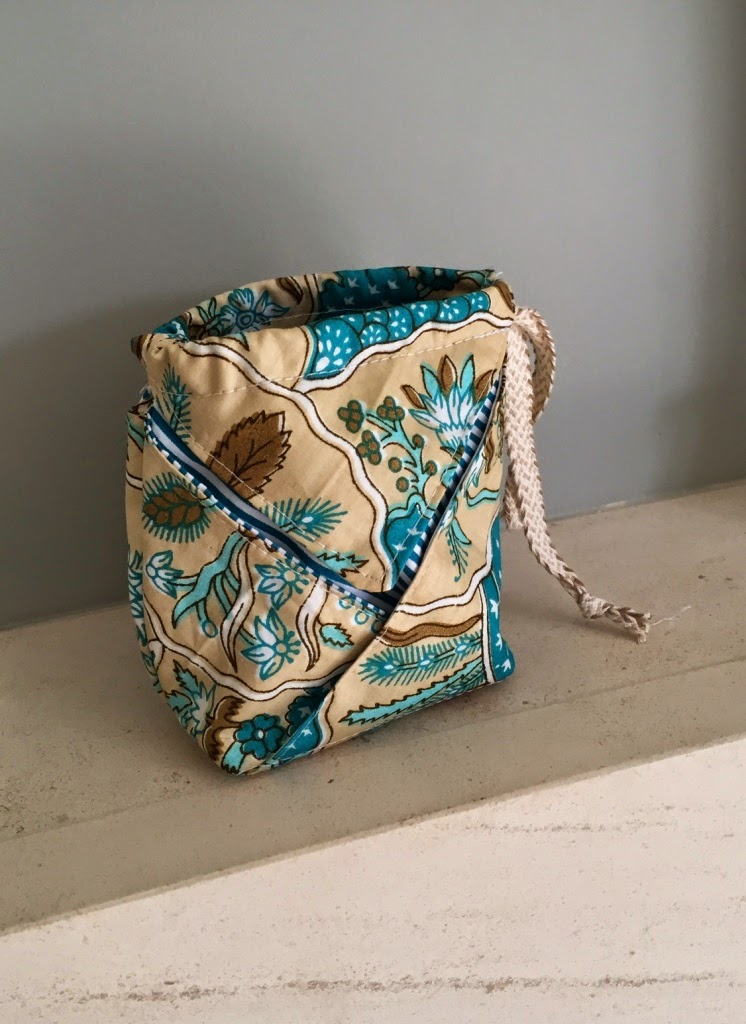 Sunday we spent visiting my son in his flat in London.  He had moved to an area that I had no knowledge of, but had visions of Eastenders so it was a lovely surprise to see where he is and he's so happy living there.  It certainly is a very different area to where we live but it is obviously one of those areas that are becoming quite trendy.  Had a lovely Sunday lunch (Mum and Dad's treat, naturally) and a wander around, visited a local flea market and generally browsed around.
Then, back to reality and back to work.  Me on Monday - sulking!﻿
Giving up a wave to Sian, and giving a big wave to everyone else that is joining in to Me on Monday this week.
Posted by debs14 at 17:34

Yikes, glad to hear your husband is okay ~ no wonder your daughter was shaken up!
Back to school here tomorrow morning at 8.30am. The Boy Child will be wearing shorts and I will be wearing a smile!

Oh my goodness! Your poor daughter. And your husband, of course! Your top looks great. Love the fabric you chose. Fresh and pretty for summer days. The zip is in, but I wouldn't say its looking wonderful! Will decide if I'm going to unpick and try again tomorrow.

Oh no! How scary. It sounds like he was lucky he didn't need stitches. I have a friend who is a doctor and she was so insistent on our kids having helmets..she says the worst injuries she has ever seen in A&E are from cyclists with no helmet.

Your top looks beautiful. What next I wonder? You look like you have the talent to make anything which takes your fancy!

what a shock for both of them out on a nice bike ride. Off to investigate origami bags

Kudos on the dress and bag making. And I'm glad to hear hubby was not seriously hurt.