I've still got one photo to take for the Scavenger Hunt organised by Rinda, the one of me with a sign and I'm hoping that I won't have too many problems getting that one!  But I thought it was time to share a few of the pictures that I've chosen as my finalists.

1 - A bouquet of flowers 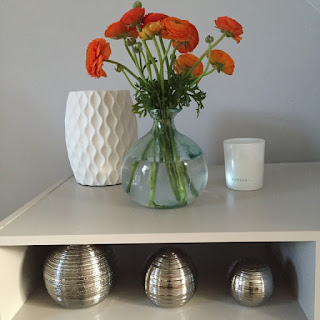 Although I've seen many bouquets as I've walked past flower shops and market stalls, I still like this picture that I took right at the beginning of the hunt.
2 - An ornate door knocker 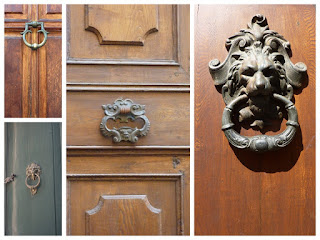 I really was spoilt for choice on holiday so have chosen a few to show the Italian style.  Mediterranean countries have a certain distinct style of door knocker, and I knew that I would be able to tick this one off the list while I was on holiday.
3 - A person walking a dog 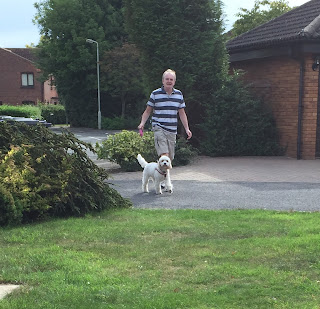 Or as Coco would put it, a dog walking her human.

4 - People playing a board game 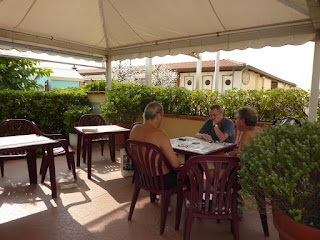 This one was harder to capture than you might think.  These guys were sitting in the shade of the beach bar every day, drinking espresso and playing games but it wasn't easy to sneak a photo of them as you walked past, they may have wondered why I was taking their photo and I wasn't sure of how to say 'it's for a photographic scavenger hunt' in Italian!  In the end I made Paul stand over the other side of them, pretend I was taking his photo and then swing round at the last moment.  They were so engrossed in their game I don't think they even noticed!
5 - Architectural columns 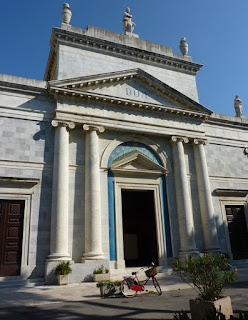 Viareggio had the most pretty churches.  The paintings on the fronts were such beautiful colours and so well maintained.  This one also had some rather gorgeous architectural columns!
6 - A metal bridge 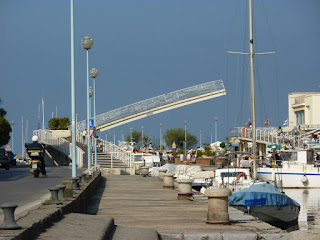 I was happy to find this metal bridge on an early morning walk to the marina and took several photos.  Then when we turned round to walk back we saw that it had raised up to let some boats through and I realised that this was the photo for number six!
7 - A turtle 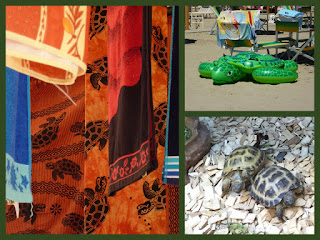 Or a selection of turtles.  From real ones to inflatable ones to printed on a sarong ones.  I couldn't choose between them so decided to make a collage!  We also noticed that the waiter at the beach bar had a turtle incorporated into a tattoo that ran the width of his calf but thought that taking photos of the leg of a handsome young Italian could be misinterpreted!

So that's the first third that have made it to the finals.  I absolutely love this fun summer project and it really adds to the holiday by trying to find the missing ones. I think that the reason I haven't taken the final one is because I don't want the hunt to end!

Such a lovely set ... I especially like the collection of door knockers

Wow: you even have options to pick from! It definitely wouldn't be summer without the hunt

A great selection of door knockers and a lovely first collection of final cuts. You've reminded me that I have a metal bridge still lurking on my SD card from last week's sheep hunt.

I was impressed by your choices and loved that you chose to add "final cut" to the title. I was lucky to get ONE of most of these, and you had choice after choice. I was super impressed, possibly with the door knockers the most. Of course, the turtles were fun to see, too. I love how we all interpret these prompts so differently. You have an excellent eye for them, that's for sure.

I love that collage of ornate door knockers. That was one of my last finds!

Nice finds. That bridge is amazing! I've always wanted to see Tower Bridge opening up but never have - yet!

Lucky to get the swing bridge in action. I love your story on getting the people playing a board game! Very inventive! A great set of photos.

Love the people playing a game! Thanks for linking up.
rinda

Love how you got the pic of the card players, ( I'll have to try that one in future ;) fab collage of turtles...even without a young Italians leg tattoo lol ;) ...and wow you were spoilt for choice with all those lovely ornate knockers!!! I searched everywhere for an ornate door knocker, in London, Essex and Gran canaria!! ...without luck!...then remembered that my M-I-L has one on her front door!! Fabulous collection of pics :)

Nice photo of the doorknocker. I could never find one. Have a grand day!