An unexpected day off

We normally have Leo and Rosie here on a Tuesday but as it was Rachel's birthday, they decided to take the day off work and have a family day together so we had an unexpected Tuesday to ourselves.  We didn't get off scot free though, there was an evening of babysitting instead while Rachel and James went out for a meal.

So, what to do with a day off?  We decided to go to Anglesey Abbey, a National Trust property about 35 miles from us.  Nothing at all to do with Anglesey the Welsh island which is about 300 miles from us! 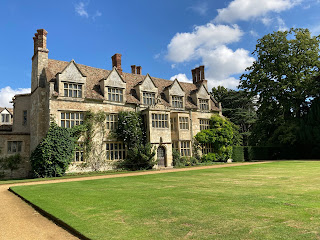 It really is a lovely place and with much history stretching back almost 900 years.  Originally built as a hospital in 1135, it became a priory in 1236 until the dissolution of monasteries by Henry VIII. It became a private house in 1609 and has had many owners and alterations.  The last owners, Lord Fairhaven and his brother bequeathed the house and gardens to the National Trust in 1966. 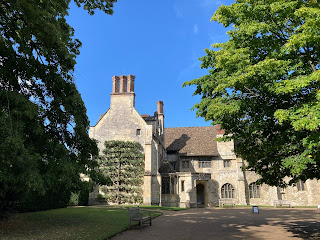 The gardens are extensive and exceptionally well maintained.  So varied too, with woodland walks and many styles of gardens and amazing statues. 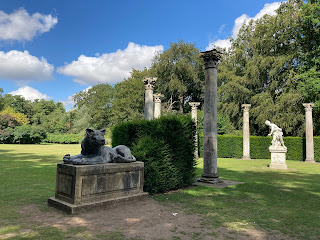 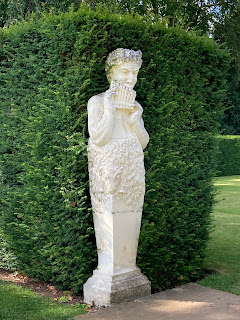 It is certainly a place to come back to and we have decided that we will definitely return in the autumn when the trees are changing colour, it will look wonderful.  The house itself was not open to the public until September, so that is another reason to return! 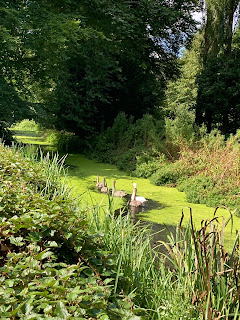 Unexpected adventures are sometimes the best. It does look like a place for a 2nd look. Happy belated birthday wishes to Rachel.

It looks really lovely there and I'll be putting it on our list of NT properties still to visit in our local-ish area - maybe we could meet you there!?
Hope Rachel had a fab birthday.

Your photos are gorgeous! Being a scrapbooker, I've always take plenty of pictures. But since our recent trip to France, I'm now seeing them differently. So many of these photos could be printed for your home!

What a lovely, tranquil place your photos have captured. We owe such a debt of gratitude to the National Trust and its volunteers for maintaining and giving us access to so many wonderful buildings and gardens.

What a delightful way to spend the day!! I hope you do return to take a peek in the house. And to see the trees changing color. We don't have anything like this in the U.S. southwest. But when we visited Germany, we toured a castle that was shaped similar to this structure with lovely tiered gardens in the front and back. Had never seen anything like it.
Glad for your day off. Although, I happen to know you recently had all 3 grands over at one time, and S&L for a sleep over. Hope that went well.